You are here: Home / Centro de Estudios Garrigues / BANKING AND FINANCE / On the intellectual origin of blockchain (III). More on the recent for...

I ended the previous post on the subject of David Chaum and how his DigiCash did not lead to a proper break with traditional cash. The disruptive leap in this respect, even if still only in a theoretical or speculative realm, is attributable to the following two characters in this story.

The first of these characters actually worked with David Chaum at the unsuccessful DigiCash company. I am talking about a U.S. citizen with a Hungarian surname: Nick Szabo. A multi-talented man: computer science graduate (1989) from the University of Washington, cryptographer and jurist. Besides working at DigiCash, he was the designer of bit gold, a digital currency project, forerunner of Bitcoin and blockchain. Many have said in fact that the real person behind the pseudonym “Satoshi Nakamoto” –the bitcoin creator – is Szabo, something he has always denied. British writer and journalist Dominic Frisby said: “I’ve concluded there is only one person in the whole world that has the sheer breadth but also the specificity of knowledge and it is this chap…”. There is even a subunit of the Ether cryptocurrency (the currency running on the Ethereum platform) that was given his name (the “szabo”).

Szabo’s first great contribution on this subject was a paper entitled “Smart contracts: building blocks for digital free markets”, published in a Californian futurist and transhumanist journal called Extrop in 1996. In this visonary article, Szabo, computer engineer, cryptographer, as well as jurist, asks how the Internet, combined with modern cryptographic protocols (asymmetric or double key cryptography, blind signature systems such as those devised by Chaum, multiple signature systems, mixing protocols) could revolutionize traditional contract law, by enabling such a basic part of the law, a contract, which is the basis of the whole of our market economy, to be up to meeting the requirements of online trading. It was in this paper that the term and idea of “smart contract”–now part of everyone’s vocabulary- was created: a software program through which obligations that are both agreed and programmed are enforced automatically, giving rise to a contract that executes itself, aided by computer technology. Which is ideal particularly for a contract not just between absent parties but also between strangers who have no ground for trusting each other. This was also where we first saw the term “smart property” used to refer to a smart contract incorporated into a physical object (a vehicle, the lock of a house), so the physical availability of that object is also programmable according to the terms of a specific agreement.

This first paper on smart contracts was revised and extended in a 1997 publication entitled “Formalizing and securing relationships on public networks”. Here we now find an allusion to the idea of a distributed trust, in other words, to how the participation of several agents in the monitoring and recording of a transaction is a guarantee of certainty and protection against fraud.

This idea was explored further and started to gain importance in publications such as “Secure Property Titles with Owner Authority” a paper published in 1998, in which, faced with the problems of political uncertainty and discretionality –in less developed countries especially- that are associated with centralized property record systems, it was proposed to have a titles database distributed or replicated across a public network (a record system that –it tells us- would be able to survive a nuclear war). This involves the creation of a kind of property club on the Internet that gets together and decides to keep track of the ownership of some kind of property. The title held by each is authenticated with the electronic signature of the previous owner a process that is reproduced with each successive owner, forming a chain. And the record of the chain of titles which shows the current owner of each item of property is based on a consensus of the majority of the participants, given that it is unlikely that they will all come to an agreement to commit fraud. As we shall see, here lies the core of the ownership recording system for the bitcoin.

Another important paper exploring these ideas is “Advances in distributed security” published in 2003, where Szabo proposes leaving behind the unattainable idea of absolute certainty, to settle for systems with a high probability of certainty such as that provided by cryptography. In this context, he proposes processes such as distributed time-stamping, the use of hashes as a means of identifying the time-stamped messages or files, the creation of “Byzantine-resilient” replication systems, etc.

Alongside his concern over alternative systems to ensure compliance with contracts and the chain of ownership using the Internet, software programming and cryptography, Szabo also turned his attention to the specific subject of money, going much further than the ideas explored by David Chaum. What concerned him, as we have seen, was the subject of privacy: how the fact of acting as intermediaries in our electronic payments gives the financial institutions knowledge of essential information on our lives. Szabo also confronted another issue: placing the value of the money we use at the discretion of political authorities; the problem of discretionary inflation, in other words. This is where the impact of his 1998 proposal for bit gold lay, which appeared at the same time as another very similar idea: b-money, belonging to Wei Dai.

This Wei Dai is a cryptographer, and a fellow computer science graduate from the University of Washington. In 1998 he published a very short paper with the title “B-money: an anonymous, distributed electronic cash system” in the Cypherpunks mailing-list which was later quoted as a reference work in the whitepaper by Satoshi Nakamoto (no work by Szabo was ever quoted as such). The driving force behind Dai’s work, like any good cryptoanarchist, was basically the opacity of cash transactions, and the terminology was perhaps a little too eloquent: “b-money”. An interesting fact is that the smallest unit of the Ether cryptocurrency is called “wei”, named after that forerunner.

The idea put forward in these proposals (which tie in with the most radical visions of cryptoanarchism of Tim May whom Dai explicitly quotes at the beginning of his paper) is not to represent the existing money that is legal tender in a new electronic format to enable or achieve the anonymity of electronic payments, instead to replace that money originating from the government with a new type of money created by the users themselves, assisted by the web and cryptography. This intention –having, as we can see, much more radical political significance because it questions one of the key attributes of state sovereignty, the printing of money- poses a problem going beyond a simple accounting record issue to control the circulation of money, in other words, avoiding the dual availability of a digital asset: that of how to control the creation of this money, to avoid discretionality and ensure its scarcity, and which is somehow a reflection of an economic activity or value.

Wei Dai proposed a type of regular online auction among the system participants to determine the amount placed into circulation in new digital coins.

Szabo’s approach was different. He had for some time been mulling over the idea of how to make a simple bit string (a given number of zeros and ones) into something of value in itself. He was looking for a digital object that could work like gold. The instrument he devised for this –an application of the hashcash algorithm created by Adam Back to prevent email spam, mentioned also by Nakamoto- was a computational proof-of-work, a solution that could be given an economic meaning similar to gold, through the effort and use of resources required for its extraction; the use of computation cycles, in this case. This electronic money devised by Szabo is therefore managed through a program on the web which puts a given mathematical challenge or problem to the system participants. This mathematical problem or puzzle is related to the cryptographic function known as hashing, and may only be solved using “computational brute force”, in other words, by trial and error using different figures until a string is found that fits. When this result is obtained, in the form of a given bit string, it becomes the system’s first unit of currency. The program rewards the first participant to find that string by giving them the unit of currency, which can then be used by this participant to make payments to other users, and so the unit of currency and its fractions begin circulating. This first bit string, obtained by solving the problem, is the starting point for the next challenge, which the program then poses. This is how new currency units are added to the system regularly and in a programmed way.

This proposal was perhaps a little primitive –owing its existence to a metal-based and therefore materialistic idea of money, as a thing that must be given an intrinsic value rather than simply as a symbol of value-, and misguided too, because the intrinsic value we give to gold does not arise only from its scarcity and the difficulty to obtain it, instead from its intrinsic properties as a substance, which can never be said of a sequence of zeros and ones no matter how difficult they are to obtain.

This idea of Dai’s in relation to having bit gold as b-money would never be put into practice, but is the most direct forerunner of the bitcoin. 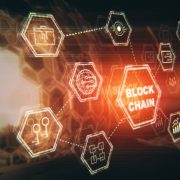 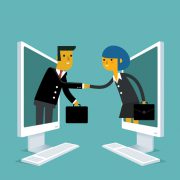 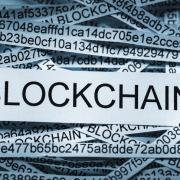