You are here: Home / Centro de Estudios Garrigues / HUMAN RESOURCES / The future of work. Changes in the world of employment

The changes we are experiencing in the world of employment are fast and continual. If we look at what work will be like, and how employment relationships will be structured in the future, the only certain thing we will find is that they will change continually and we must forget any attempt to find a stable place for accommodating new scenarios. In the words of Yuval Noah Harari, author of “Sapiens”, “any attempt to define the characteristics of modern society is akin to defining the color of a chameleon. The only characteristic of which we can be certain is the incessant change”. And the problem is that often we try to understand the changing employment scenario using conceptual structures of the past. That explains the disconcerted reaction to the changes and the improvised and well-intended nature of many of the changes proposed to bring order to the new scenario.

Above all, the world of work is experiencing the impact of automated and robotic processes. Which is having an effect on both the numbers and characteristics of the jobs required. The number of jobs is affected because the processes of automation, the use of increasingly sophisticated robots, is reducing labor needs, more drastically in some industries than in others. The destruction of jobs is vast, though it must be said that the same process that is destroying jobs is also creating new employment opportunities. This is a two-sided problem: from one angle, as we have seen in every change process in the production system that we have experienced in the past, there is an inevitable time delay between the destruction of jobs and the appearance of new jobs on the market. This puts pressure on unemployment, in the short term, and means that some generations of workers suffer the consequences of change more than others.

From another, and here we link up with the other impact of automation, on the characteristics of employment, the new jobs have very different training requirements and may not fall within the traditional formats in the world of employment. The jobs that are arising are different from the previous ones, with very different training requirements (making it hard for them to be performed by the workers displaced by automation) and with forms of performing work that may differ to a large extent from those traditionally in place.

It also has to be considered that the consequences of automation are felt very differently among the various sectors of the labor force. More qualified (and highly paid) employees in skilled jobs with a high cognitive element are for the time being little affected by the use of robots. Their work has a low manual component and is not repetitive, so not easy to automate (for the time being, I must stress, until we have robots with cognitive skills, able to take decisions independently). Similarly, people in lower qualified (and lower paid) jobs who are increasingly joining the ranks of personal services are also withstanding the devastation caused by automation, because their tasks are manual but not repetitive. Automation has had the greatest impact on medium to highly qualified jobs, with average to high pay, which are manual and repetitive and therefore easy to replace with a robot. The full effect of this is felt in the manufacturing industry, by the more traditional and unionized components of the working population.

That explains various changes that are taking place in the world of employment. Among other things, it is the root cause, along with other factors, naturally, of the widening salary gap, a greater difference between the higher and lower paid employees (due precisely to the impact on employees in the middle qualification and pay range). And it also explains, or helps explain, some of the changes that causing the most confusion among the analysts that are staying within the conceptual frameworks of the past. The rebirth of self-employed work, for example. Leaving aside the clearly fraudulent mechanisms, seeking only to evade employment legislation, such as those of false self-employed workers, a great many new jobs in advanced technology sectors, which make intensive use of information technologies, arise or are entered into as self-employed work, falling outside the traditional types of self-employed work. We are increasingly seeing the appearance of new opportunities for self-employed work, which is dependent to a greater or lesser extent (and, therefore, with a greater or lesser need for protection) but in all cases clearly distinct from the traditional types of self-employed work.

Elsewhere, the new jobs arising in the more advanced sectors of the economy are linked to specific projects and are therefore temporary. We still think of temporary jobs as precarious contracts, which are often used simply to avoid the economic and legal costs associated with an indefinite contract, but many of the new jobs created by changes in the production system are temporary jobs, meaning they require a temporary rather than an indefinite employment contract. The recent introduction in France, by the Macron reform, of project-based contracts is a good exponent of these new scenarios.

If we try to continue seeing temporary employment exclusively as a bad thing, or at least as an exceptional measure, in employment contracts, we will never be able to give an appropriate response to the new scenarios in the world of employment. Similarly, both the employment and social protection legislation must take into account the new central role that self-employment is gaining, and will increasingly have in the future.

Lastly, a no less important change in connection with labor relations is that arising from the trend, an unavoidable consequence of the factors described above, towards more individual employment relationships. Individual rules on working conditions will gradually become more important and the employment contract will re-gain room for determining working conditions. This creates a considerable amount of friction with the traditional collective bargaining system and with the unions’ goal to retain their monopoly over the rules on working conditions. 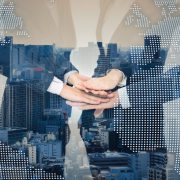 Crossroad for unions: domestic or international?