On March 21 the European Commission published a set of proposed new rules and measures on taxation of the digital economy in an attempt to set a starting point for the expected international negotiations on this matter, when the OECD has preferred to acknowledge the absence of sufficient consensus.

The key elements of this package are two proposals for a directive. One, containing rules on the taxation of businesses with a significant digital presence. The other, an announced proposal for a directive on the common system for a tax on digital services, charged on income from the provision of certain digital services. In other words, a proposal for the creation of a new tax in every member state on the income from those services, as a transitional solution until the directive on significant digital presence can be approved, which is not currently possible due to the failure to reach a consensus within Europe and internationally. The third element completing the package is a Commission Recommendation approved on the same date, March 21, suggesting that member states include in their tax treaties with non-Union states the guiding principles in the European Union on the idea of significant digital presence. All of which is rounded off with a Communication from the Commission to the European Parliament and the Council on the background and reasons for the proposed reform.

Through this package the European Commission has taken a step further towards its goal to harmonize corporate income tax and moved the global debate on by proposing a two-stage plan. Faced with the absence of a consensus over the taxation of this income, the Commission has proposed first implementing a tax that in actual fact taxes income at 3 percent. This new digital services tax would be charged on income from the provision of certain digital services and only where they are provided by certain companies earning sizable revenues. In the terminology used by the Directive, taxable services are those consisting in the placing on a digital interface of advertising or which allow users to find other users and to interact with them as well as the transmission of data collected about users which has been generated from such users on digital interfaces. These services are taxable where the provider’s worldwide revenues exceed €750 million and the total amount of taxable revenues obtained within the Union exceed 50 million.

The Commission acknowledges however that this tax is only a provisional solution and proposes a directive on corporate income tax for companies with a significant digital presence, a concept that involves an ad hoc reformulation of the old concept of permanent establishment.

This proposal for a directive assumes that the application of current corporate income rules to companies in the digital economy “has led to a misalignment between the place where the profits are taxed and the place where the value is created”. Consequently, it is clearly acknowledged that a reform of the principles of international taxation is necessary to adapt them to an economy in which intangible assets and the value of data are fundamental elements, without losing sight of the goal to tax income where wealth is generated. It is admitted that the traditional rules fail to tax the income of a nonresident in the absence of a physical presence and acknowledged that the principles governing the transfer pricing system lead to an underpricing of the functions and risks associated with the digital economy. Not even the CCCTB rules could ensure recognition of greater participation in the taxation of the income arising from the new economy for the states where the users of this digital economy are located.

Faced with this challenge, the proposal for a directive puts forward the this idea of a “significant digital presence”, as a new element broadening the concept of permanent establishment. It only captures, however, income arising, not from the digital economy, but from the provision of certain digital services, services delivered over the internet or over an electronic network and the nature of which renders their supply essentially automated and involving minimal human intervention, and which cannot be provided without information technology. The proposal details a number of services included in this definition such as the supply of digitized services generally, services proving or supporting a business or personal presence on an electronic network or those generated automatically from a computer via the internet or via an electronic network, in response to specific data input by the recipient, in addition to those listed in annex III, which basically relate to services delivered over the internet, or the sale of goods or other services facilitated by the use of internet.

This digital presence also requires certain thresholds to be met, notably a number of users greater than 100,000 or a number of contracts between companies for the provision of those digital services higher than 3,000, in that member state.

Besides altering the concept of permanent establishment, the proposal for a directive recognizes that the problem lies also, or especially, in the profit attribution rules, and therefore sets out its own profit attribution rules in this case, by including among the risks and functions any economically significant activities performed through a digital interface, especially in relation to data or users which are relevant to the exploitation of the company’s intangible assets.  The profit split method is the preferred method to determine attributable profits.

In short, one of the main problems associated with this tax package is simply the lack of consensus or international agreement which makes it very difficult to apply these principles and definitions in member states’ relationships with non-Union countries. The Commission Recommendation is very well-intentioned by trying to include this solution in relationships with non-Union countries through the negotiation of tax treaties which, moreover, it is admitted would otherwise prevail preventing a harmonized global solution from being applied. And to achieve that solution in an OECD or any other context, we will come up against the obstacles posed by the differing interests of the countries concerned, according to the types of companies they have. 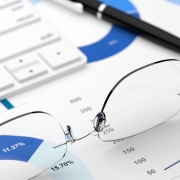 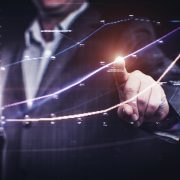 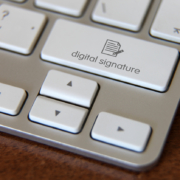 On the intellectual origin of blockchain technology (I). Early forerunners
Scroll to top

The controller of your personal data is Centro Europeo de Estudios y Formación Empresarial Garrigues, S.L. (the “Center”), which will process them in order to manage your subscription to the Center’s blog, on the basis of the contractual relationship between us for the provision of services, even though the requested service is free of charge. We will not disclose your personal data to third parties unless there is a legal obligation to do so; the Center’s service providers may access your data. You have the right to access, rectify and erase your data, and other rights, as explained in the additional information on privacy.

The controller of your personal data is Centro Europeo de Estudios y Formación Empresarial Garrigues, S.L. (the “Center”), which will process them in order to manage your subscription to the Center’s blog, on the basis of the contractual relationship between us for the provision of services, even though the requested service is free of charge. We will not disclose your personal data to third parties unless there is a legal obligation to do so; the Center’s service providers may access your data. You have the right to access, rectify and erase your data, and other rights, as explained in the additional information on privacy.